Local Artist, Liz Darmody has created a new version on canvas of the old Carcoar Football Emblem "The Crow". She was inspired by Garry Nixon's old footy jumper which has the original emblem embroided on it. The 2017 "Crow" is a modern 'all-rounder' dressed in Carcoar colours of blue and black and carrying a cricket bat, tennis racquet and a football. All who see him agree that he is a most handsome crow with big, broad shoulders and a fuller figure in the middle. The painting

The Carcoar Royal Crows are looking for people from Carcoar to join them in taking up the Blayney Shire Healthy & Happy Wellness Challenge. Chris and Trish Stonestreet from the Royal have joined the challenge and are urging other locals to get involved. “We really need more people to create a team effort from Carcoar,” said Trish. “It can be as simple as a walk 3 or 4 times week.” Information & Registration Forms are now available at The Carcoar Royal Hotel, Centre Point, Ber

Blayney Shire Parks and Gardens Manager, Brian Parker is pleased to announce that the grant application for the second stage of Carcoar's Pound Flat Revive Project has been successful and that a further $54,000 has been allocated by the NSW Environmental Trust Office of Environment and Heritage. The new funds will allow for the expansion of the 'Revive Project' to include the area on the eastern side of the Coombing Street causeway which will extend as far as the eastern boun 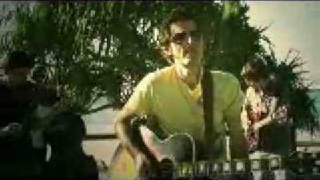 This September music-lovers will once again be able to come together at The Royal and enjoy performances from two Country Music favourites, Jeff Gibson and Brendan Nawrocki. Known as the 'singing shearer' Jeff Gibson has released three albums and recently gained national exposure when he performed on "The Voice". This year Brendan Nawrocki released his debut album "Together with My Guitar" which has an Australian country style. Both performers are well known to the Tamworth M

The Carmanhurst Villages Assn would like to extend an invitation to residents to attend a ‘Meet the Candidates” evening for candidates running for election to Blayney Shire Council, to be held at the School of Arts Carcoar on Wednesday August 30 at 6.00pm for 6.30pm. The meeting is sponsored by Carmanhurst Villages Assn and is expected to take no more than 90 minutes. A light supper will be served at the conclusion. All candidates are being invited to attend. Guidelines: Orde

For Whom the Poll Tolls

A Current Affair Joins Fight to Save Iconic Church

'Wilderness Chef' and a 'Fiery Night'

The Country Pub Project -Putting Small Town Australia Back on the Map.

A PASSION FOR THE PAST: Laurel Thomas & Blenheim Hall.